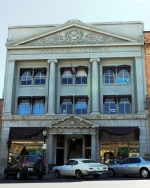 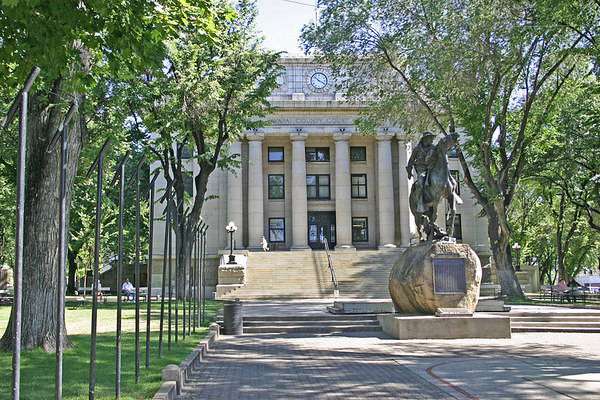 Learn about the Greater Prescott Area by clicking on the links below to view the websites.

Prescott is the county seat of Yavapai County and served twice as Arizona's Territorial Capital. Founded in 1863, John Goodwin, the first territorial Governor, established Prescott as the first Territorial Capital. Prescott lost its title as the Capital to Tucson and finally, Phoenix in 1889. Prescott was named for William Hickling Prescott, a noted historian. The discovery of Gold is what brought national attention to the Arizona territory. Prescott now has over 500 buildings in the National Register of Historic Places.Sharlot Hall Museum contains the original Governor's Mansion along with other historic buildings and artifacts. The Yavapai County Courthouse, framed by tall shade trees and green grass, is a focal point for the downtown. Visit Prescott. One block off Courthouse Square is The Hassayampa Inn established in 1927. A few blocks east of downtown, Mt Vernon Street is known for its beautifully restored Victorian-era homes and bungalows.

The First settlement in Prescott was one block off the square by a river. The first tavern was built, but had to be moved because the patrons were drinking too much and drowning in the river. They moved the tavern up to Courthouse square and that was the start of Historic Whiskey Row.

The Palace, established in 1877, was the central meeting place for trading, politics and socializing. Frequented by Wyatt Earp, Virgil Earp and Doc Holliday, The Palace is the oldest frontier saloon in Arizona. In the late 1800's, "Whiskey Row" had 20 saloons. Today, many of the original buildings house boutiques and gift shops.

Prescott was recently named one of the  "Best Adventure Towns" by National Geographic.  The National Forest makes Prescott an ideal place for the outdoor enthusiast. You can hike or rock climb the many trails on Thumb Butte or Granite Mountain. Visit the Highlands Center for Natural History. You can fish in five area local lakes including, Lynx Lake or

Goldwater Lake, nestled in the pines, or Watson and Willow Lakes in the Granite Dells. Learn about our Arizona lakes. About 75 miles away is

Lake Pleasant. For the big boat enthusiast, this is the place. You can go to the Lake Pleasant Harbor and enjoy the marina, restaurants and shops, or go to the Regional Park for camping, picnicking and smaller boat launches. If you are interested in wildlife, you can spend some time at the Heritage Park Zoo or the Prescott Wildlife Refuge. For the sports minded, Prescott residents enjoy

Prescott is located in the heart of the Arizona Mountains and is 96 miles northwest of Phoenix, 90 miles southwest of Flagstaff and 95 miles from the Grand Canyon National Park. Prescott is surrounded by 1.25 million acres of National Forest and the 1400 acre Yavapai Native American Reservation. Because the town is a "Mile High City", residents enjoy a mild four-season climate. The summers average about 80 degrees and the winters are about 50 degrees with an occasional dusting of snow. Three hundred days per year are sun-filled. This town, with its strong sense of community has enjoyed many titles over the years. Having a small town atmosphere titled them "Everybody's Hometown". Prescott is also known as "Arizona's Christmas City" and "Home of the World's Oldest Rodeo". Money Magazine once rated Prescott "The best place to retire". They found that retirees wanted a low crime rate, mild climate, affordable housing, attractive environment, close proximity to cultural and educational activities, strong economic outlook and excellent healthcare. These same qualities make Prescott a wonderful place for young families as well. Our local airport is Prescott Regional Airport (PRC) also known as the Ernest A. Love Field. It is one of the busiest general aviation airports serving the general public and multiple flight schools including Embry Riddle Aeronautical University. United Express services this airport and Groome Transportation can take you down to Pheonix airports.
Things to do
The historical sites and the abundance of museums, cultural art galleries, theaters, music and special events such as the 4th of July and Christmas Parades, make Prescott a major tourist destination. Visit the Elks Opera House, the Yavapai College Performing Arts Center or the Prescott Fine Arts Association. Museums such as the Phippen Museum or the Smoki Museum. Prescott is small-town with big-city shopping. When Shopping at the Gateway Mall. you can visit stores such as Dillards, JC Penny, Sears, Bed Bath & Beyond, Pier 1 Imports and Victoria's Secret. Watch a local Sundogs Hockey game or see your favorite Band play at Prescott Valley Event Center (website currently down). Prescott has a dining experience for any occasion. The Palace, The Prescott Brewing Company, Murphy’s and The Gurley Street Grill are just a few.
Healthcare and Education
Yavapai Regional Medical Center and the Veterans Administrative Hospital, along with many other healthcare professionals provide excellent healthcare. The award winning Prescott Unified School District has over 5300 students and spans from preschool to high school. If you are seeking a higher education, you have a choice of Yavapai College, Prescott College, or Embry Riddle Aeronautical University. Northern Arizona University,  Arizona State University  and University of Arizona all have satalite campuses in Prescott & Prescott Valley.
The Grand Canyon
Approximately 96 miles from Prescott, and a lot of spectacular scenery, is the Grand Canyon National Park. The Grand Canyon is known worldwide for it spectacular colored rock and its overwhelming size. The park includes over 1.2 million acres and receives over 5 million visitors per year. The rims are forested with Ponderosa Pines, Blue Spruce, Fir and Oaks. The vegetation in the valley is much more desert-like. The floor of the canyon is usually about 35 degrees warmer than the rims.
Sedona
Sedona, only 67 miles from Prescott, was recently voted the most beautiful city in the United States. It is a high desert community of 4,500 ft and is home to incredible 1,000 foot red rock formations that many believe possess a spiritual energy. Many movies, such as John Wayne's "The Angel and Badman" and Robert Mitchum's "Blood on the Moon" were filmed in this spectacular town. As you leave the red rock formations, you enter the forested Oak Creek Canyon, a breathtaking chasm. Sedona is a playground for the outdoor enthusiast and a luxurious getaway with resorts, bed and breakfasts, shops, art galleries and fine dining.
Flagstaff
In 1886, Flagstaff was the largest city on the main line between Albuquerque and the Pacific coast. It is located at the base of the San Francisco Peaks. Flagstaff became a popular tourist destination with the construction of Route 66 going right through the center of town. It was named for the very large pine tree that was made into a flagpole in 1876 to celebrate our nation’s centennial. At almost 7,000 ft, the pine forested Flagstaff is home to the Arizona Snowbowl and the Northern Arizona University, which started in 1899 as a Teachers College. Today, Flagstaff has over 200 restaurants and many hotels and charming Inns. Plenty of fun year around.
Jerome
When leaving the area of Prescott , on your way to Sedona, you go through the town of Jerome, which was built on the side of Cleopatra Hill. Jerome was a copper mining town with its first claim staked in 1876 by three Anglo prospectors. They sold to a group who formed the United Verde Copper Company in 1883, which later became the largest producing copper mine in Arizona. The wealthy town with all of its culture, went from 15,000 people in 1929 to 50 people in the late 50's due to the drop in price for copper. Thus, Jerome became a Ghost Town. Today, Jerome is rich with history and has become a haven for artists who sell their goods.